Solar, Space, and Geomag Weather parts VI and VII and other things

Okay, I'm a little bit behind on mirroring the posts here, guys; forgive me. I've been very busy with a new book release, which I'll talk about below. 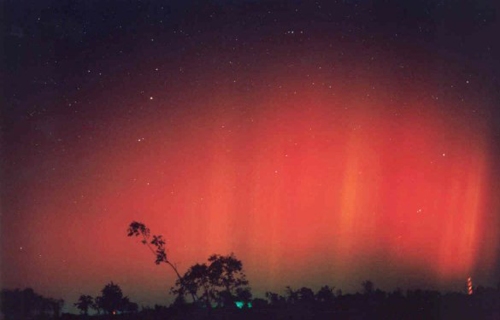 But so here are parts VI and VII of the series, as found on Sarah Hoyt's blog, According to Hoyt:

Feel free to post comments or questions there or here.

In addition, and despite the fearmongering of certain nigh-tabloid excuses for newspapers, we are currently experiencing MODERATE (not severe) geomagnetic storming as a result of the high-speed solar wind stream from a coronal hole.

A coronal hole is never going to generate a geomagnetic superstorm, folks, I don't care what the reporters are saying. It requires a superflare producing a mammoth CME to generate such a superstorm. And yes, we are indeed currently experiencing moderate geomagnetic storming. The K index is at about 6. A superstorm would produce a K index of 9 (maxxed out).  Residents of New England, the Great Lakes states, the northern Midwest, the extreme northern Pacific Northwest, Canada, Alaska, Greenland, Iceland, Scotland, the Nordic countries, northern Russia/Siberia, northern China, the northern Kamchatka peninsula, Tasmania, the southern island of New Zealand, and of course Antarctica, should all be on the lookout for aurorae tonight and possibly tomorrow night.

For those interested in a smidge more information, may I recommend The Weather Out There Is Frightful: Solar/Space Weather and What It Means for the Earth and You, available for Kindle.

In addition, I have a new novel release. Fear in the French Quarter is the sixth book in the Displaced Detective series, and is available in print, Kindle, and Nook.

If you are in the New Orleans area this weekend, come by the CONtraflow science fiction convention at the Airport Hilton! I'll be throwing a release party on Saturday night!

Book 1 of the series, The Case of the Displaced Detective: The Arrival, is currently on sale in ebook
formats for $0.99.
Books 2-4 of the series are also discounted.

My very first novel, Burnout: The mystery of Space Shuttle STS-281, which eerily predicted the Columbia disaster (being written, though not published, before that disaster), is also on sale in ebook formats for $0.99.


Posted by Stephanie Osborn at 9:00 PM No comments: Links to this post

My days of the week are in order this week, and so I have been proactive in responding to comments at According to Hoyt, where Solar, Space, and Geomagnetic Weather, Part V went up:

Feel free to pop over there and leave a comment; I'll be checking and responding for a couple days yet. Or leave your comments here. I'll answer those too.

1) Africa, Europe, Asia, Australia and extreme parts of eastern South America are watching a penumbral lunar eclipse of the harvest moon even as I type this. However, observers in North America will be unable to see it. However, "penumbral" means that the Moon is only passing through the outer edge of the Earth's shadow, so it won't look especially dark, just dimmer.

Slooh is covering it, and should have a video after the fact, for late viewers.

2) The Sun is still cranking along; little has changed. However, on Sep 15, sunspot 2589 rotated around to the far side of the Sun. Another spot formed as it was rotating to the near side and has been numbered 2592. These may be the only two spot groups on the solar surface, though according to STEREO imagery, there may be one more small group on the far side. So things are moving toward spotless again. Whether it gets there or not this time remains to be seen.

There are a few coronal holes, but nothing that is yet in a very geoeffective position. And there have been no strong flares, and no Earth-directed CMEs produced. Consequently the geomagnetic field is quiescent.

A bit more information, all in one place, on solar/space/geomagnetic weather, can be found in my book, The Weather Out There Is Frightful, available for Kindle.

"Our Sun is an active star. It may even be a variable star. Sunspots, flares, coronal mass ejections, all are signs of its activity. What kind of effect does it have on Earth? Other than the occasional sunburn, could it be dangerous? Has it been dangerous in the past? What can we expect in the near future?"

"The Case of the Displaced Detective: The Arrival is a SF mystery in which brilliant hyperspatial physicist, Dr. Skye Chadwick, discovers there are alternate realities, often populated by those we consider only literary characters. Her pet research, Project: Tesseract, hidden deep under Schriever AFB, finds Continuum 114, where Sherlock Holmes was to have died along with Moriarty at the Reichenbach Falls. In a Knee-jerk reaction, Skye rescues Holmes, who inadvertently flies through the wormhole to our universe, while his enemy plunges to his death. Unable to go back without causing devastating continuum collapse, Holmes must stay in our world and adapt. Meanwhile, the Schriever AFB Dept of Security discovers a spy ring working to dig out the details of - and possibly sabotage - Project: Tesseract. Can Chadwick help Holmes come up to speed in modern investigative techniques in time to stop the spies? Will Holmes be able to thrive in our modern world? Is Chadwick now Holmes' new 'Watson' - or more? And what happens next?"

This is an ongoing series; the first four books are collected in an ebook omnibus, The Case of the Displaced Detective Omnibus. The series has been described as, "Sherlock Holmes meets the X-Files." In addition to the mystery aspects of each story, I make use of extrapolations of cutting-edge scientific theory, such as M theory, cosmic strings, nanocarbon chemistry, room-temperature superconductors, and more.

Book 6 of the series, Fear in the French Quarter, is available for pre-release now. The official release date is October 5. More books are planned in the series.

"Fear in the French Quarter revolves around a jaunt by no less than Sherlock Holmes himself -- brought to the modern day from an alternate universe's Victorian era by his continuum parallel, who is now his wife, Dr. Skye Chadwick- Holmes -- to famed New Orleans for both business and pleasure. There, the detective couple investigates ghostly apparitions, strange disappearances, mystic phenomena, and challenge threats to the very universe they call home.

"It was supposed to be a working holiday for Skye and Sherlock, along with their friend, the modern day version of Doctor Watson -- some federal training that also gave them the chance to explore New Orleans, as the ghosts of the French Quarter become exponentially more active. When the couple uncovers an imminently catastrophic cause, whose epicenter lies squarely in the middle of Le Vieux Carre, they must race against time to stop it before the whole thing breaks wide open -- and more than one universe is destroyed."

Have a look at some of my books, enjoy the science, maybe learn a few things...and above all, enjoy.

As I sit and sip my cafe au lait made from Cafe du Monde's signature chicory blend, I must note that I've been recalcitrant in posting lately. Sorry about that; I can only plead that I have been in the depths of a writing jag, and turning out word counts that are both consistent and high. I also totally hosed my reckoning of days of the week for this past week, thanks to the fact that Monday was a holiday.

So I am very late on this post. Please forgive me.

The latest installment of the Solar, Space, and Geomagnetic Weather series went up on Sarah Hoyt's blog, According to Hoyt, on schedule on Thursday. It's here:
https://accordingtohoyt.com/2016/09/08/solar-space-and-geomagnetic-weather-part-iv-by-stephanie-osborn/

An announcement of my title, Sherlock Holmes and the Mummy's Curse, having won the Silver Falchion Award went up on Wednesday's Mad Genius Club, here:
https://madgeniusclub.com/2016/09/07/sherlock-holmes-and-the-mummys-curse-wins-silver-falchion-award-stephanie-osborn/ To purchase a copy in print or ebook, go here:
https://www.amazon.com/Sherlock-Holmes-Mummys-Stephanie-Osborn-ebook/dp/B017IX33NW/ref=asap_bc?ie=UTF8#nav-subnav

I'm still answering comments on both blogs, so feel free to pop over to either of those, or both, or leave comments here.

In addition, solar activity has been fairly quiet, this week-and-a-half into September that we are. Sunspots have been seen throughout, but they are somewhat sporadic and all clustered in the equatorial regions (as would be expected at this point in the solar cycle). There have been a few flares, but nothing of great significance, and no coronal mass ejections have been produced, though there was a "prominence eruption" on the 6th. A few coronal holes have generated enhanced solar wind streams that have produced minor to moderate geogmagnetic storming, and some high-latitude auroras.

And that's it. There really hasn't been any solar/space weather news of significance so far this month. Things remain quiet, but not unusually so, in the solar mechanisms.

Condolences to SpaceX on the loss of their craft on the 1st.

We finally found the remains of the Philae comet lander:
http://www.space.com/33971-lost-philae-comet-lander-finally-found-photos.html

And that's about all I know, folks.

Okay, first off, the third installment of my solar and space weather series has gone up over at Sarah Hoyt's blog, According to Hoyt. 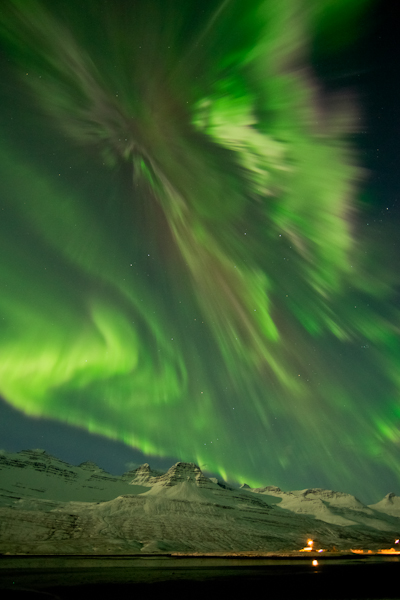 And  an interesting tidbit of information: Several sources are indicating that the cosmic ray influx is increasing. (E.g. see SpaceWeather.com for Sep 1, 2016:  Cosmic Rays in the Atmosphere.)


Now, cosmic rays come in from outside our solar system. Mostly they are particulates, very high-energy charged particles produced in the various high-energy astronomical objects out there. They are very penetrating, and potentially dangerous to life, at least in large quantities. (Not that we are likely to get those large quantities; my point is simply that they ain’t good for ya.)
Normally the solar wind, coupled with the enhanced wind streams from coronas, and CMEs, create enough of a “resisting” effect to keep the cosmic ray flux at Earth fairly low. That said, this means that there is a variation in cosmic ray flux from solar max to solar min.
But 1) we’re only about 2 years out from solar max. We should be 4-5 years away from solar min. 2) If we are indeed going into an extended minimum, then chances are the cosmic ray flux will be higher than at a “simple” solar min.
Just something to keep an eye on.
Additional news: