Barb has been participating in the Elements of Modern Storytelling series of blog articles. She is a professional book and music reviewer, as well as recently having her first book published, An Elfy On The Loose. She pitched an interesting guest blog at me and I liked it -- a lot! So here it is for your enjoyment.


"Why Use Parallel Universes in Fantasy?"
by Barb Caffrey

Some readers of my debut YA urban fantasy/romance novel, AN ELFY ON THE LOOSE, have had one question: Why did you use the parallel universe theory for the location of the Elfy Realm? 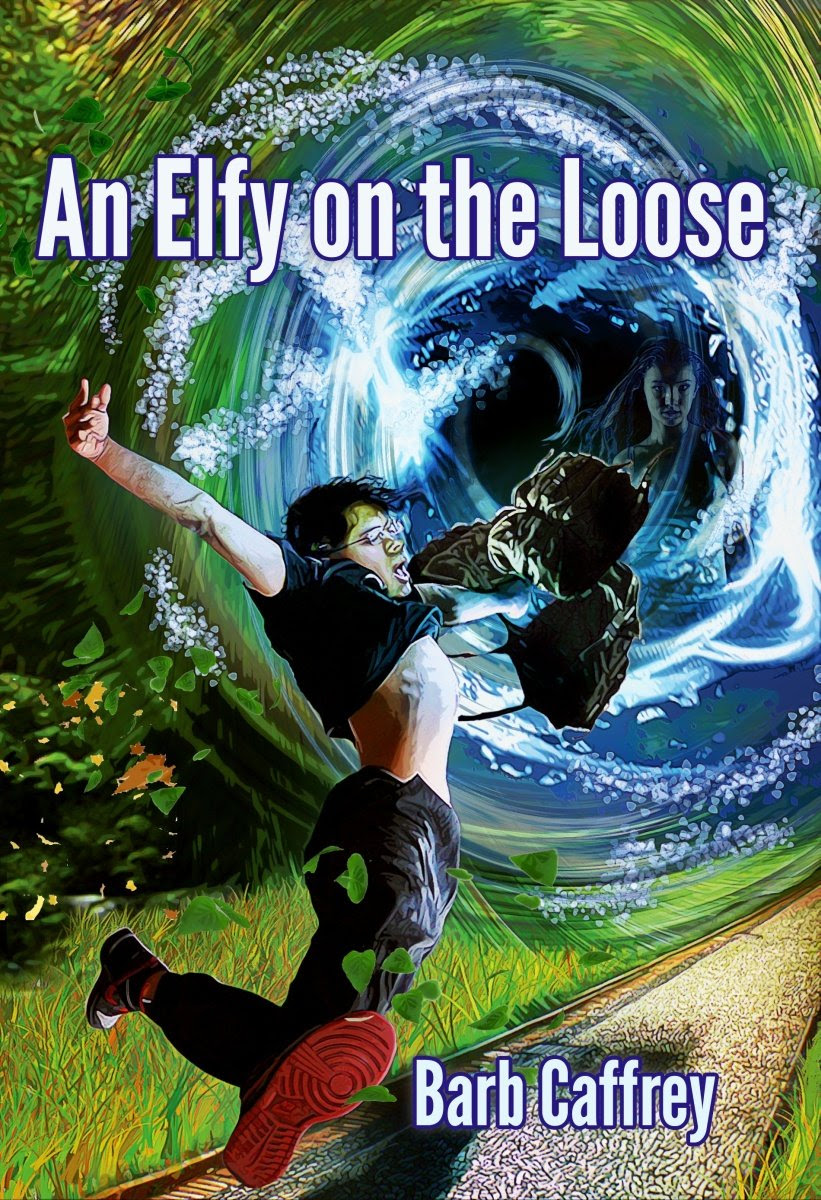 But first, you need to know what the parallel universe theory is.

The parallel universe theory – that there are universes like our own, that developed much like our own, but history went differently there so it's possible to have different versions of the same person, perhaps, or different races emerging from what is substantially the same world – has been used to great effect by many science fiction novelists in the past, including Stephanie Osborn herself in her Displaced Detective series.

But fantasy novelists have not used it very often.

Instead, novelists such as L.E. Modesitt, Jr., Alan Dean Foster, Barbara Hambly, and more recently, Christopher Nuttall, have sent people from our world into a completely different fantasy world, one where the rules are completely different. That allows for magic. It also allows for science, too, as brought in by the protagonist – most particularly by Modesitt, Jr. and Nuttall. But primarily, this is to account for the alienness of the world and everything within it.

As a plot device, that's fine. But it's not the one I came up with.

Why? Well, I gravitated far more toward the theory that eldritch beings have always been a part of our world. (Hence the Bedlam's Bard universe as conceived of by Mercedes Lackey, Ellen Guon and Rosemary Edghill.) But I didn't think the idea of Underhill would work for me…and besides, the idea had already been done very well.

So I decided that each race would have its own Realm, which is all a version of Earth. In addition to the Elfys and the Elfs (do not call them Elves in the Elfyverse, or that will get you killed most unpleasantly), there's the Trolls, the Dwarves, the Orcs, and many, many more, all living on various parallel dimensions of Earth and going by these names: The Elfy Realm. The Elf Realm(s). The Dwarven Realm. And so on.

I figured it's much easier to have one world that's split via the parallel universe theory than it is to send someone somewhere else where nothing is familiar whatsoever. I liked the idea that the supposedly familiar could also be intensely strange – as the Elfys, at first, know very little about us, the Humans, and we definitely know even less about them. And I really liked the idea that a magical being like a Dark Elf – that is, a being committed to violence and darkness and death for its own sake – would "pass" as Human because we've forgotten that Dark Elfs exist.

As to how I got around the magic part, considering our world does not seem to be magical? Well, as many other novelists have done, I said that magic exists, but our world has mostly forgotten about it.

The theory of parallel universes, in short, enhances my story because it gives me a huge canvas to play with. Bruno's upcoming adventures include a trip to the Elfy Realm (he must tell off those twits comprising the Elfy High Council somehow), and future novels have adventures in the Troll Realm, more in-depth looks at the Elfy Realm, and of course a great deal continues to go on in our own world, the Human Realm…

So despite there being much magic and mystery involved in the creation of AN ELFY ON THE LOOSE, underneath it all lies a solid principle of physics – even if it's not used exactly as most physicists would probably approve. And yes, I did it deliberately, because it fit the story and worked as a plot device and gave me a great deal to work with.

That question is exactly why I used it.

Thank you again, Stephanie. I appreciated the opportunity to talk about parallel universes and the Elfyverse, and I hope readers of your blog will enjoy it.